With origins dating back 5000 years, Aromatherapy is truly one of the oldest methods of holistic healing

Ancient man was dependent on his surroundings for everything from food, to shelter and clothing. Being so keenly aware of everything around him, and how it could be used for survival, he quickly discovered methods to preserve food and treat ailments through herbs and aromatics.

Aromatherapy, as it is practiced today, began with the Egyptians, who used the method of infusion to extract the oils from aromatic plants which were used for medicinal and cosmetic purposes as well as embalming.

At a similar time, ancient Chinese civilizations were also using some form of aromatics. Shen Nung's herbal book (dating back to approximately 2700 BC) contains detailed information on over 300 plants and their uses.

Similarly, the Chinese used aromatics in religious ceremonies, by burning woods and incense to show respect to their Gods - a tradition which is still practiced today. The use of aromatics in China was linked to other ancient therapies such as massage and acupressure.

Aromatherapy has also been used for many centuries in India. Ayurveda, the traditional medical system of India, uses dried and fresh herbs, as well as aromatic massage as important aspects of treatment.

The Greeks acquired most of their medical knowledge from the Egyptians and used it to further their own discoveries. They found that the fragrance of some flowers was stimulating while others had relaxing properties. The use of olive oil as the base oil absorbed the aroma from the herbs or flowers and the perfumed oil was then used for both cosmetic and medicinal purposes.

The Romans learned from the Greeks and became well known for scented baths followed by massage with aromatic oils. The popularity of aromatics led to the establishment of trade routes which allowed the Romans to import "exotic" oils and spices from distant lands such as India and Arabia.

With the decline of the Roman Empire, the use of aromatics faded and the knowledge of their use was virtually lost in Europe during the dark ages.

Rediscovery of a Healing Art:

One of the few places where the tradition of Aromatherapy continued was in monasteries, where monks used plants from herbal gardens to produce infused oils, herbal teas and medicines.

At the time of the plague and during the Middle Ages, it was discovered that certain aromatic derivatives helped to prevent the spread of infection, and others, such as cedar and pine, were burnt to fumigate homes and streets.

The revival of the use of essential oils is believed to be credited to a Persian physician and philosopher known as Avicenna who lived from 980 AD to 1037 AD. The Arabs initiated a method of extraction known as distillation, and study of the therapeutic use of plants once again became popular in the Universities. The knowledge of distillation spread to their invading forces during the Crusades, and the lost process was once again returned to Europe.

By 1200 AD, essential oils were being produced in Germany and were based mainly on herbs and spices brought from Africa and the Far East.

When South America was invaded by the conquistadors, even more medicinal plants and aromatic oils were discovered, and the wide variety of medicinal plants found in Montezuma's gardens provided a basis for many new and important remedies and treatments.

Throughout the northern continent, Native American Indians were using aromatic oils and producing their own herbal remedies which were discovered when settlers began to make their way across the plains of the New World.

Although herbs and aromatics had been used in other world cultures for many centuries, it was not until the 19th century that scientists in Europe and Great Britain began researching the effects of essential oils on humans. It was French chemist, Rene Maurice Gattefosse who discovered the healing powers of lavender oil after burning his hand in his laboratory. He published a book on the anti-microbial effects of the oils in 1937 and the term "Aromatherapy" was born. 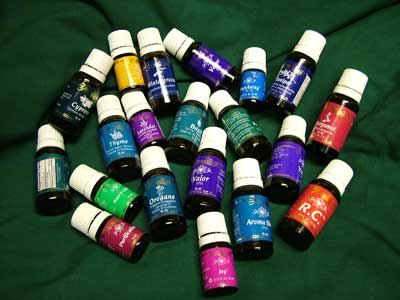 Although it has been practiced for thousands of years, Aromatherapy has only recently become popular in our culture. This is a result of a return to a holistic lifestyle, recognizing the importance of combining the mind, body and spirit to achieve optimum health and wellness.

Modern day scientific research has been, and continues to be performed which verifies not only the emotional but the physical benefits that aromatherapy provides.

Through research and awareness we have come to better understand and appreciate what nature has to offer us. We know the effects of "clear cutting" our forests and polluting our skies. And we ask for change. We realize that in order to sustain this earth, for the generations far beyond ours, we have to preserve, and protect it. At the same time, we know that we need to look after ourselves.

We are all seeking answers for the illnesses that pervade our society, and the stresses that this fast paced modern life place on us. Conventional medicine has given us some of those answers in the form of prescription drugs and surgery, but still, we ask for more.

With growing health care costs and the sometimes impersonal quality of conventional medicine, we have turned to nature to find the answers to our questions. We have realized that we must take personal responsibility for our health and strive to educate ourselves on living more balanced lives.

Therapies and medicines that were once viewed as alternative, cloaked in a shroud of skepticism, have risen from the shadows, providing a complement to conventional medicine. Aromatherapy is one such example, and a very powerful one, of a complementary therapy widely practiced today.

For some of us, we don't even know we're doing it. When you burned that scented candle last week, you were practicing Aromatherapy. When you walk through a fragrant garden, you are doing it again! In fact, virtually all of the bath and body care products we use contain some form of essential oils - the basis of Aromatherapy.

This is one of the reasons Aromatherapy is so popular today. It is easy to practice, readily available, and effective as a therapy.